Following a recent discussion about the strengths and weaknesses of superhero movies, triggered by my surprisingly positive response to Guardians of the Galaxy, Vol. 2, I was reminded of the first time I live-tweeted a screening of the objectively terrible but totally awesome Supergirl (1984) several years back. My friend Will Brooker said he’d read it if I would take the trouble to Storify that blast from the past, so here it is.

As part of what must be a swiftly-diminishing subculture of movie lovers who still buy stuff on shiny discs, I thought I’d mimic Film Freak Central editor-in-chief, film critic extraordinaire, and all-around good guy Bill Chambers and do my own Top 10 list of new releases I somehow managed to stuff into my perpetually-overcrowded shelves. They’re in no particular order – just consider each and every one an essential purchase if you truly love cinema and own a Blu-ray player. END_OF_DOCUMENT_TOKEN_TO_BE_REPLACED

Posted on December 1, 2016 by Dan Hassler-Forest

It’s a little unsettling for me to come across other books that are eerily close to my own work. Having written a PhD dissertation and subsequent monograph on superhero movies and neoliberalism, and more recently completed a book on fantastic fiction and global capitalism, I felt both excited and a little freaked out when I first heard about Michael Blouin’s new book-length publication, titled Magical Thinking, Fantastic Film, and the Illusions of Neoliberalism. According to the back cover blurb, this book “analyzes how contemporary popular films with fantastic themes, including Candyman, Frozen, The Cabin in the Woods, and The Incredible Burt Wonderstone, cultivate neoliberal subjectivities” – which not only sounds very similar to some of the things I’ve written myself, but which also uses case studies I’m very invested in. Therefore, while I do feel compelled to reflect on it a bit via this recently-revived blog of mine, I should also point out that the following response will mostly be a list of fairly minor quibbles about a truly terrific book that deals with subject matter (and theoretical frameworks) that I simply feel too close to in too many ways.  END_OF_DOCUMENT_TOKEN_TO_BE_REPLACED

Last year, shortly after the first full trailer for The Force Awakens was released, news started circulating that a bunch of crazy white people had somehow taken offense about the decade’s most anticipated blockbuster. The trailer’s revelation that the two new Star Wars heroes were a black man and a young woman caused a bunch of MRA nuts and white supremacists to describe TFA as a form of “white genocide,” quickly thereafter launching a #boycottstarwarsVII hashtag campaign on Twitter. While they later bragged about having cost the movie over $4 million in ticket sales, the whole thing seemed quite obviously pathetic and even patently ridiculous to me at the time: from the comfort of my own filter bubble, these white supremacists were little more than a laughable and ultimately harmless fringe group, railing pointlessly against a popular culture that was slowly but surely becoming more diverse, more inclusive, and more progressive. END_OF_DOCUMENT_TOKEN_TO_BE_REPLACED

Over the past week, I’ve assembled a long list of films that I thought might be appropriate choices for reflecting on Trump’s presidential campaign, and what I still can’t see as anything but the dystopian nightmare of an actual Trump administration. The themes around which I organized suggested film screenings – populism, media commercialization, fascism, and racism – are obviously not exhaustive, nor are my selections of films much more than an intuitive selection of titles I know well. I will end this syllabus with a fifth and final installment that groups together movies portraying the resentments and antagonisms festering beneath the surface of American “civil society.” We are currently witnessing an unprecedented attack on the institutions that maintained what now appears to be a startlingly thin illusion of a “Western civilization.” Trump’s barrage of attacks on the media, the political process, and any person or organization who crosses him seems to have opened up the floodgates of hatred and bigotry, while the algorithmic reorganization of our media landscape has left starkly divided groups with very little common ground. END_OF_DOCUMENT_TOKEN_TO_BE_REPLACED

Throughout the Trump campaign, I’ve had endless arguments with other white people over the degree of racism in Trump’s campaign. It seemed completely obvious to me that the phrase “Make America Great Again!” was primarily a direct appeal to white supremacy. But I have encountered responses from others to Trump’s racism that ranged from reluctant acknowledgment to outright dismissiveness. When engaging with other white folks, I have heard Trump-fans and Trump-haters insist that this was all about economic concerns, and that race really had nothing to do with. But the history of capitalism is impossible to disentangle from the history of institutionalized racism, as capital has thrived not only on the exploitation of labor, but more specifically by its predatory and oppressive relationship with people of color. Therefore, in this fourth installment of my Trump-themed film syllabus, I have grouped together a small selection of films that may help us think through American cinema’s representations of race, and discourses of white supremacy. END_OF_DOCUMENT_TOKEN_TO_BE_REPLACED 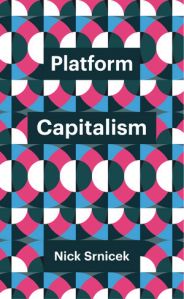 For some years now, I’ve been a degenerate addict of social media. Hardly an hour goes by on an average day without checking my Twitter and Facebook feeds repeatedly. And as soon as some idea strikes me, I must confess that my first impulse is to formulate it right away in Twitter’s 140-character maximum – an arbitrary limitation that seems to have become hard-wired in my brain by now.

I indulge in this habit despite my own constant misgivings about the exploitative basic architecture of commercial social media, and my ambivalence about the self-reinforcing echo chamber and filter bubble syndromes that are suddenly under much wider debate following the many critical reports on viral fake news, alt-right Twitter bots, and all the other ways in which neo-fascists recently seem to have weaponized Web 2.0’s algorithm culture.

But this week, two things happened: first, I noticed that my longstanding ambivalence about my own hyper-engagement with social media seemed to be exacting a higher toll post-election. I noticed that I was finding little comfort in my usual social interactions, and that my suddenly-intensified addiction to news and opinions seemed to make my growing anxiety about the future more unescapable. And second, I was lucky enough to find an advance copy of Nick Srnicek’s eagerly anticipated new book Platform Capitalism in my office pigeonhole – a book that is being published just as we desperately need solid critical work on platforms like Facebook and Google.  END_OF_DOCUMENT_TOKEN_TO_BE_REPLACED

In the previous two sections of this provisional Trump-era film studies syllabus, I have grouped together films that examine two key thematic aspects of Donald Trump as a political phenomenon: first, how populism has been expressed and critiqued through Hollywood film; and second, how the commercialization of television and other news media has affected and contaminated political perceptions in advanced capitalist societies.  In this section, the films I’ve assembled provide various perspectives on fascism: as we witness what seems to be the resurgence of a global fascist movement from the far right, it pays to examine not only how American cinema has represented earlier forms of fascism, but also how it resides close to the surface in some of our most popular entertainments. END_OF_DOCUMENT_TOKEN_TO_BE_REPLACED

As the second thematic section of my work-in-progress post-election film studies syllabus, I have selected a few films that engage with the ongoing commercialization of media. Already a huge problem for the democratic process in all capitalist countries, the growing involvement of capital in journalism and the news media proved to be especially lethal when a sociopathic reality TV star decided to run for president. Trump’s outrageous campaign rallies were far more entertaining than any other political speeches, and there’s no telling how strongly the constant exposure he received from cable news outlets like CNN contributed to his popularity. And when these networks finally tried to pull a “sorry not sorry,” the momentum had been established, the genie was out of the bottle, and the advertisers’ money was in the bank. END_OF_DOCUMENT_TOKEN_TO_BE_REPLACED

Struggling as I’ve been in these first few days after Trump’s election to do something –anything!– constructive, I started seeking out films that I felt might offer some insight, inspiration, or critical reflection of a world that has suddenly gone from challenging to terrifying. Starting (predictably) with some movies about the civil rights movement, I then started thinking about movies that resonated with other aspects of our current predicament, and ended up posting a list of about a dozen films on Facebook as a “recommended movie list.” Before long, other people’s additions started rolling in, as did further ideas of my own. Finally, one friend’s suggestion to work out this list as “a more formal syllabus” was all the encouragement I needed to sit down and spend an evening expanding that original list into a thematically organized film program. So here is a first version of part I, on Populism and Politics. END_OF_DOCUMENT_TOKEN_TO_BE_REPLACED