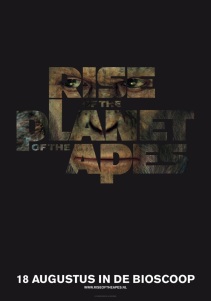 Sure, it’s easy enough to make fun of this franchise’s latest prequel/reboot and its unwieldy title: originally discussed as the more elegant (and more sensible) Rise of the Apes, one assumes that 20th Century Fox at some point insisted that the full brand name was a requirement as part of the movie title, so this is what we ended up with. We might also legitimately complain a bit about the alleged lead performances by James Franco and Freida Pinto, neither of whom is in any way unbearable, but their characters’  bland personalities and virtually non-existent romance are the weakest elements in what is easily the best summer movie to come out of Hollywood this year.

With four film sequels, numerous spin-off television series (both cartoon and live-action), and that brainless, charmless Tim Burton “re-imagining” in its wake, Franklin J. Schaffner’s original 1968 film by now has plenty to answer for. But rather than being caused by some weird fascination with monkeys, one would think the concept’s longevity would seem to derive from the premise’s potential for satire by way of allegory. The first film was entirely preoccupied with race and the civil rights movement, its most provocative shots not necessarily its famous Twilight Zone-style payoff on the beach, but instead those scenes of Great White Hunter Charlton Heston being chased down by dark-skinned primates on horseback, that awesome, loaded moment where he is being hosed down in the apes’ prison, and the chaste but obviously inter-racial kiss he shares with Kim Hunter towards the end. The low-budget sequels subsequently explored multiple ways in which the apes could stand in for various groups and subcultures, from sensible middle-class kids turning their back on the wild “love child” generation to autocratic Nixonites unsubtly satirized by officious primates.

With the franchise’s diminishing returns and increasingly youth-oriented approach, the PotA series did ultimately succeed in becoming little more than a monkey show for the nostalgically-minded, the original series’ left-leaning politics and satirical bent too rarely discussed. The Tim Burton film’s greatest failure was therefore its cultural-political cluelessness, divesting all its energy towards craftsmanship and more realistic ape make-up without ever understanding that fables such as these simply don’t work without some clear allegorical element. Without that connection, it remains just a bunch of guys running around in monkey suits. 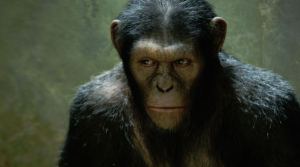 Not that Rise doesn’t offer stunning craftsmanship as well, but as impressive as its CGI apes and motion-capture performances are, they remain attention-drawing performances in exactly the same way that the masks in the original film were. As with Roddy McDowall, Kim Hunter and Maurice Evans in the 1968 version, we are most impressed by Andy Serkis’s ability to pull off such a strong performance in spite of the fact that we never see his actual face. The digital effects, as director Rupert Wyatt and his production team have clearly understood, are not the film’s main drawing point.

Instead, we are once again thrust into the arena of satire, although this new iteration is less obsessively pre-occupied with race. (As critics like Walter Chaw have noted, it’s certainly possible to interpret the film as a racial allegory, but this is an option the viewer can also choose to decline.) Instead, one sees the larger theme that we might describe as “chickens coming home to roost”: in truly apocalyptic fashion, Rise has it in for all of (Western) civilization, not just because of centuries of racism, sexism, and numerous forms of mercenary behavior, but right now because we have become complacent, self-centered, and fundamentally lazy beings who therefore deserve to be wiped out. 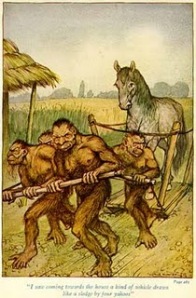 The film’s main satirical target (and what are these Swiftian allegories if not satires?) therefore becomes entitlement at numerous levels: the kid who abuses the apes in their prison has his job because his dad is the warden; the warden is a corrupt and lazy figurehead who reluctantly comes to work and can only be relied upon to choose the path of the least resistance; Franco’s “brilliant scientist” character does ground-breaking research not because he cares about the millions of people it could help, but because he has a selfish investment in his father’s ailing health; and he and Pinto automatically become a couple because they’re the only young and good-looking people in the movie, so they are therefore entitled to a seemingly perfect and frictionless relationship.

Many critics, including Jim Emerson (who admits in passing that he hasn’t actually seen the film), have harrumphed that the original film was a socially aware film that rubbed its viewers’ noses in its explicit racial allegory, while Rise offers nothing much besides the spectacle of digital monkeys. A charge like that could easily be leveled at Burton’s lamented remake, which really is all about surfaces. But fortunately, besides offering exciting and cleverly written entertainment, Rise of the Planet of the Apes has more than a few interesting ideas rolling around in its monkey brain. The film even makes such a strong case for us postmodern humans being little more than a bunch of conceited, pampered Yahoos that we are all too happy to join the noble, oppressed apes when they rise up against us.