With the flurry of excitement and press coverage that accompanied my recent PhD defense now finally a thing of the past, the repeated promise of more frequent blog updates is now frustrated by the upcoming conference papers I have committed myself to. The first of these will be a talk on Robert Kirkman’s comic book series The Walking Dead, which provided the basic materials for AMC’s disappointingly obvious TV series. I’ll be speaking at the annual PCA/ACA conference in San Antonio, Texas, and still hope to figure out what to say in the four days that remain before I board my flight.

In the meantime, advertising for the TV series emerged -hilariously- in the one spot one would hope it might appear:

And while we’re on the topic of humorous takes on The Walking Dead: the series’ apparently endless form of serialized narratives by now is starting to show some cracks in its armor. Gutters writer Ryan Sohmer seems to have nailed not only the comics’ cyclical story ‘progression,’ while cartoonist Jeff McComsey accurately conveys the books’ aesthetics. 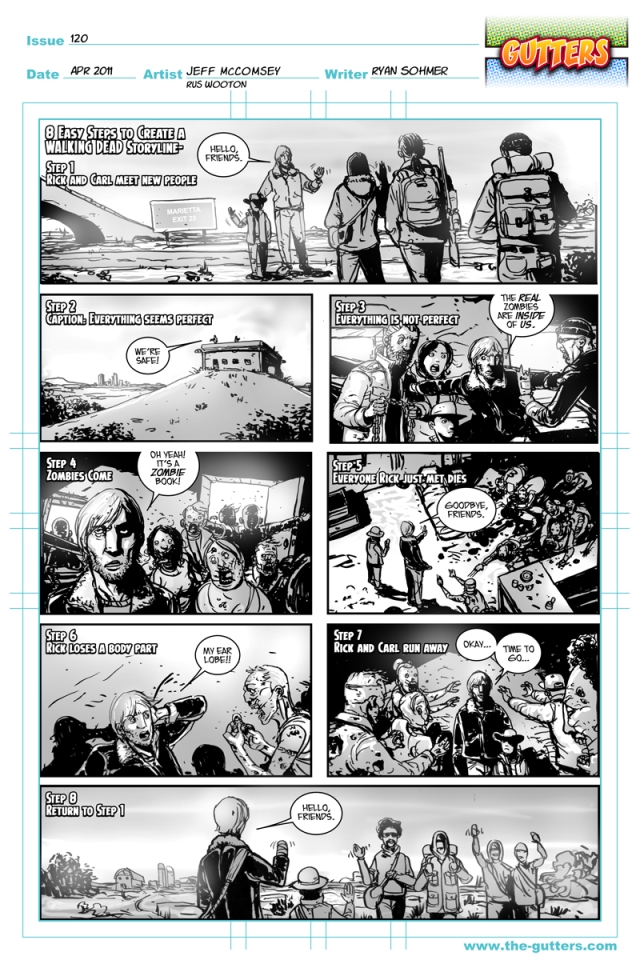